local_florist
Push button for menu
Welcome to the memorial page for

Welcome to the memorial page for 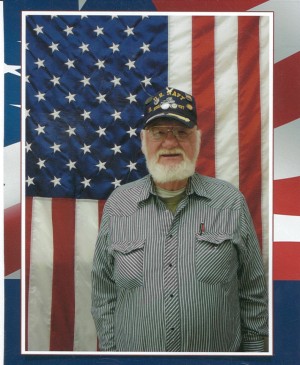 Joe Kipp - ​age 85, a life-long resident of Kingston, MO passed away Tuesday morning, December 19th, 2017 at his home. He was born on January 7th, 1932 the son of Joseph and Louise (Moss) Kipp in Kingston, MO.  Joe was a 1949 graduate of Kingston High School and attended Wentworth Junior College.  He honorably served our country in the United States Navy during the Korean conflict, from 1952 to 1956.  On July 11th, 1958 he was united in marriage to Barbara O’Dell at the Hamilton United Methodist Church in Hamilton, MO.  Joe worked for Allis-Chalmers for 30 years, retiring in 1988 as an inspector.  He also served as the mayor for the city of Kingston for 30 years and the Caldwell County Public Administrator for a number of years.  Joe was a 50-year member of the Masonic Lodge and was currently a member of the Polo Masonic Lodge #232.  He was a member of the Hamilton American Legion Post # 285 in Hamilton, MO, the Mid Missouri Tractor Club and a life member of the National Rifle Association.  Joe enjoyed working on tractors, driving in tractor cruises, horses, history, going to auctions and hunting. He was a Civil War enthusiast and liked to study the history of Caldwell County, MO.  Joe was ornery, he loved his family and he never met a stranger. He will be deeply missed by his family and all who knew him.

Memorial contributions are suggested to the Kingston Cemetery in loving memory of Joe Kipp and may be left at or mailed to the funeral home (301 E. Elm St. Polo, MO 64671). The family will receive friends Tuesday evening, December 26th, 2017 from 6 to 7:45 PM at Stith Family Funeral Home in Polo, MO. Masonic services will be conducted at 7:45 PM on Tuesday evening at the funeral home. Funeral services will be held Wednesday morning, December 27th, 2017 at 10:00 AM also at the funeral home with Pastor Wally Aubrey officiating. Interment will follow the services at the Kingston Cemetery with full military honors. Friends may call at the funeral home after 9:00 AM Monday. Arrangements are under the direction of Stith Family Funeral Home & Cremation Services in Polo, MO. Online guestbook at www.stithfamilyfunerals.com

Why Choose Us?
About Us
Our Staff
Testimonials
Contact Us